Social media is flooded with visual content. I’ve gathered the most important factors regarding visual attention that you need to consider when choosing your visuals. Use these tricks to attract the attention exactly where you want it to be.

Research shows that images can double social media shares. Images can also guide the readers’ attention throughout your post and improve the performance of your call-to-action. But to control the power of images you need to know how visual attention actually works.

Let’s say you are writing a blog post “The Best Beers for Cold Weather”. What photo will you use to make your post eye-catching on social media?

You can use a generic image with a beer and be like everybody else:

Keep reading if you want to learn how to use attention tricks to choose better images and make your content attractive. Also, there is an infographic cheat-sheet with visual attention tricks at the end for you. Don’t forget to get it before you leave!

First, let’s make a quick experiment. Follow the instructions in the video:

Years ago when I started studying visual attention at the university, this video was one of the first experiments they showed us. I couldn’t even count the number of passes correctly, let alone see the monkey… Up to this day, I am still mesmerized what a small part of the scene we actually see. And we don’t even realize it.

We have the confidence that we see, hear and feel everything that’s happening around us, but this is just an elaborate illusion created by our brain.

Let me show you another classical study and you’ll see how blind we are in reality. In the experiment, random pedestrians are asked for directions and they don’t even notice when the person who asked for help switches with another person.

Why am I showing you these experiments?

The same way we feel confident that we don’t miss anything around us, we believe that if we put an image on our website or social media people will see what we want them to see. As you probably have guessed by now this is far from reality.

Let’s explore what we actually see when we look at an image.

What do people actually see

Let’s take this image as an example:

We feel that we see the image as a whole. But in fact, we see only a tiny portion of the image in a single moment. This tiny area is 2° wide and it’s called fovea.

The fovea is the area in which our vision is sharp and colored, and we can see things in detail. Going away from the fovea everything gets more blurry and greyish.

Also, when we look at an image our eyes make small and extremely fast movements. These movements are called saccades. This way the fovea area is moving so that you can see other parts of the image in detail. The areas on the image in which the fovea focuses are called fixations.

Everything else that doesn’t get to the fovea is ignored but the brain gives you the illusion that you’ve seen it as a whole.

Here we get to the question: What parts of the image get to the fovea? Are there specific rules that the brain uses to choose what to focus on and what to ignore?

Yes, there are rules and they are quite simple to use and attract the attention exactly where you want it to be.

Rule 1: Colors and textures that stand out

One of the simplest rules of visual attention is based on colors and textures that stand out. It’s called saliency.

This rule is so intuitive that you see it applied everywhere: glaring billboards, bright call-to-action buttons, flashy ads, etc.

Interestingly, however, there are other factors that can overrule saliency, some of them are so powerful that they can make you neglect everything else!

One of these factors is faces.

The human brain is evolutionarily wired to detect faces.

Let’s say that you are promoting watches or writing a post about choosing a watch and you need a featured image. Obviously, you need a watch on the image, but everybody uses identical watch images. You want yours to be a little bit different.

One option would be to use an image with a face. You should be very careful, though! Faces can easily steal the thunder and no one will even notice the watch in the picture.

Let’s take this picture as an example:

It’s hard not to look the man in the eyes, isn’t it? One important fact about visual attention and faces is that our brain doesn’t just focus on the face, but also follows the direction in which the person is looking. So, if the person is staring at you, your brain makes you stare back at them. But if the person is looking at something in the image, you’ll look at it too. This phenomenon is called Social Attention.

Back to your post about the watches, a better solution would be to choose an image in which the person is looking at the watch. This way the user will look at the face and then directly follow the person’s gaze and notice the watch.

Disclaimer: Keep in mind, that the pictures are only for illustration purposes. We are not discussing the style of the images, nor the context.

Another thing that will make the effect stronger is if the person is expressing a particular emotion. The emotion should look authentic, though, or you will end up with an image looking like a stock photo.

Rule 3: Images with hands in action

We’ve discussed that people focus on faces and follow the direction in which a person is looking. But there’s another aspect of social attention.

People also look at hands. This rule is especially powerful when people perform actions with their hands.

Also, the effect is even further intensified if there’s a motion like a gif or cinemagraph.

Let’s take a look at some rather unusual visual attention facts you can use to make your visual content almost impossible not to look at.

The brain notices things that aren’t in their usual places or when they have unusual size compared to the other objects in the scene.

This group of rules is also an important evolutionarily mechanism. Visual attention detects things that look unusual or are not supposed to be there. In the past we used this mechanism to avoid predators, now we usually use it to detect interesting posts on social media.

There are several types:

Does the object break the rules of physics? If yes, then there is a high probability to focus your attention on it.

The following images are taken from real experiments. Pans are not interesting objects to look at until you break the laws of physics.

Our brain easily detects objects that are not in their usual places. The next image is also from a real experiment. The pan in the image is placed in an unusual position, on the door of the oven.

This rule is very specific, so it can’t be used in every scenario. But it’s always good to have +1 creative idea to apply in your visuals, so keep it in mind and maybe you’ll find a perfect place to use it.

Unusual size is another factor that can attract our attention.

Did you notice that except for the size, there is another surprising thing in this example? Would you expect to see a beer on a sleigh? This leads us to the next factor: Our brain evaluates how probable it is to see the object in the scene.

When we look at a picture, we have expectations about what it’s normal to see and detect things that are not expected to be in the context of the scene.

Although there is a debate whether inconsistent objects are registered faster than other objects, there is one thing that research reports – once fixated, people, watch the unexpected object longer than the consistent ones. It sounds reasonable, doesn’t it? If you notice something unusual, you’ll look at it more carefully and try to figure out why it’s there.

Another advantage of unexpected things is that people find them funny. Especially if you combine this rule with the previous one about unusual size and place. The picture with the beer on the sleight is a good example.

You can use this rule to create highly shareable content! Just take a usual situation or object and combine it with something unexpected.

Let’s put together all the visual attention tricks we’ve discussed. Feel free to download and use this infographic.

I hope you find these attention tricks useful the next time when you have to choose images for your post. Keep in mind that these tricks don’t work unconditionally. People are highly sophisticated creatures and when it comes to competing for their attention things can get really messy.

There is one sure thing, though. Unique, creative, and surprising visuals always attract attention! You can build on these tricks and come up with some great ideas for your visual content. Just free your mind, think unconventional, mix scenes and ideas, and make your visual content viral!

Curious to learn how colors affect our perception for brands? – check out our post!

Victoria is a mascot designer, a brand strategist, and a cognitive scientist. She helps brands stand out online by creating a distinctive and memorable visual identity.

Brand Colors: The Real Facts About Psychology of Colors

How To Create A Brand Mascot? Everything you need to consider before hiring a designer

Surviving the Social Media Jungle: How to Make People Notice Your Blog Post 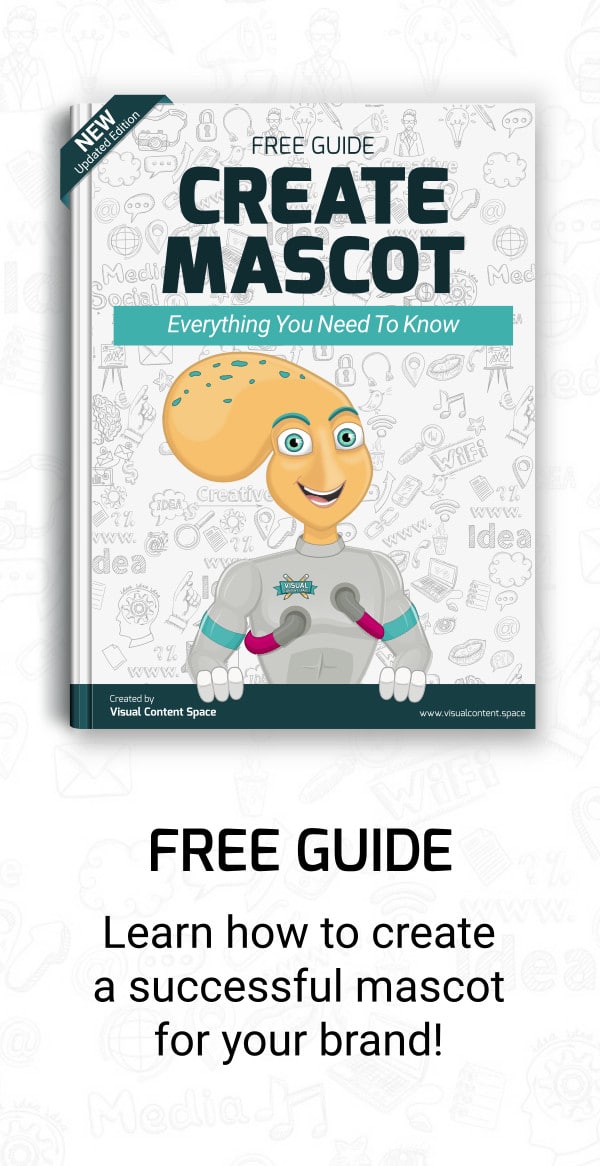 We use cookies to ensure that we give you the best experience on our website. By clicking "Accept Cookies" you agree to the storing of first and third-party cookies on your device to enhance site navigation, analyze site usage, and assist in our marketing efforts. Accept CookiesPrivacy policy